IN THE NEWSSCHOOL LIFE 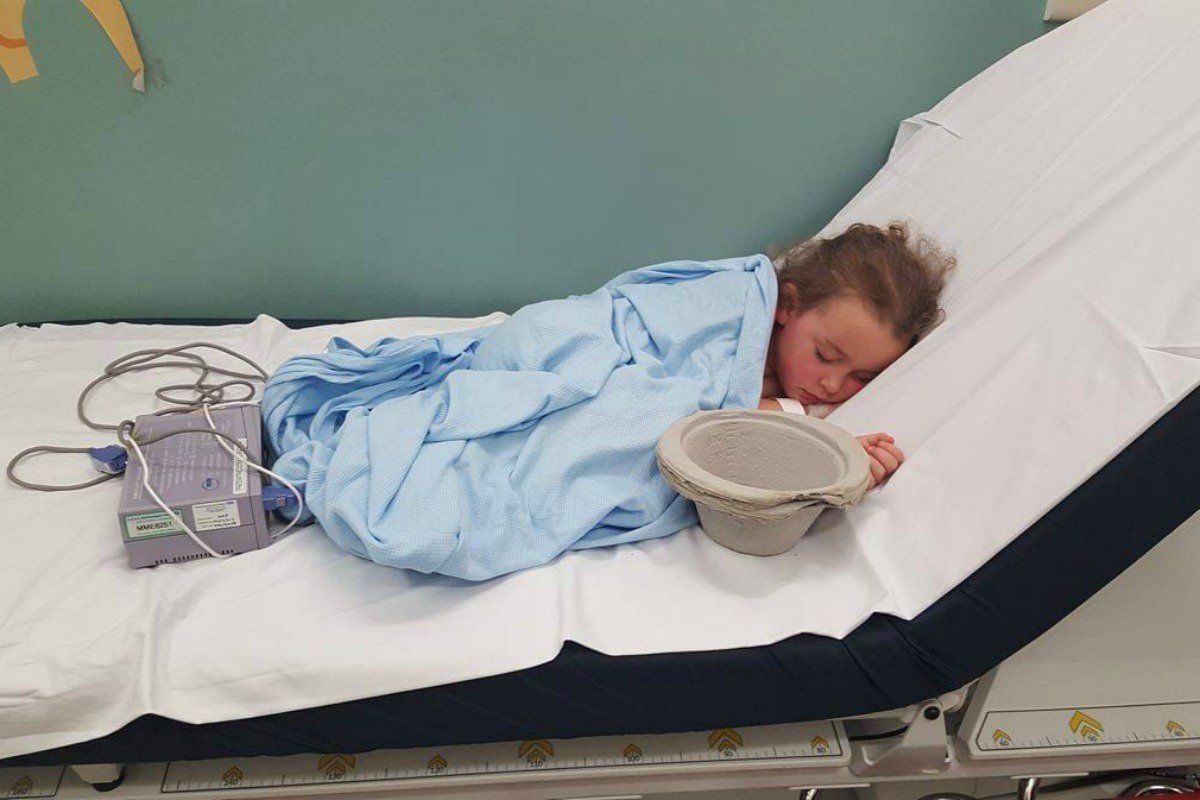 Earlier this week, Carrie Golledge revealed that for months, her six-year-old daughter Sophia has been vomiting up to 20 times a night because of stress caused by persistent bullying at school.

Golledge uploaded a photo of her daughter asleep in a hospital bed with a lengthy caption detailing the emotional and physical toll bullying has taken on the young girl.

“This is what bullying does,” she wrote. “This is my 6-year-old daughter, hospitalized due to bullying…”

UPDATE: THANK YOU TO EVERYONE WHO HAS REACHED OUT. CHECK THE COMMENTS WE HAVE A PAGE AND WOULD LOVE TO SHARE SUPPORT…

Golledge says that the stress caused by bullying has caused her to become physically ill with worry, and made it unable for her to eat or sleep.

“This is my child who has stopped eating, has cried herself to sleep, had anxiety so severe she’s up sick over 20 times an hour through the night.”

In the post, which has been shared more than 285,000 times, Golledge said she has taken her child to hospital several times because of anxiety. Despite Sophia telling school authorities, Golledge writes her daughter was “told off” for telling what the school believed to be “tales.”

Golledge writes that even the adults involved have been no help, as the bully’s parents “mocked” her daughter on social media.

According to Golledge, the school wrote the bullying off as “six-year-olds being six-year-olds,” forcing the family to eventually change schools.

In just a matter of days, the mom has received hundreds of messages from people offering their support.

The outpouring of kindness has spurred the family to create a Facebook group called “Stand with Sophia” giving others a chance to share their experiences related to bullying.

“This is so much more than just our little girl now,” Golledge wrote. “It’s shocking to hear how it’s affecting generations of people directly and indirectly…”