Not all unkindness is bullying. Here’s why we need to teach kids to differentiate.

By Compel AmericaAugust 22, 2018 No Comments 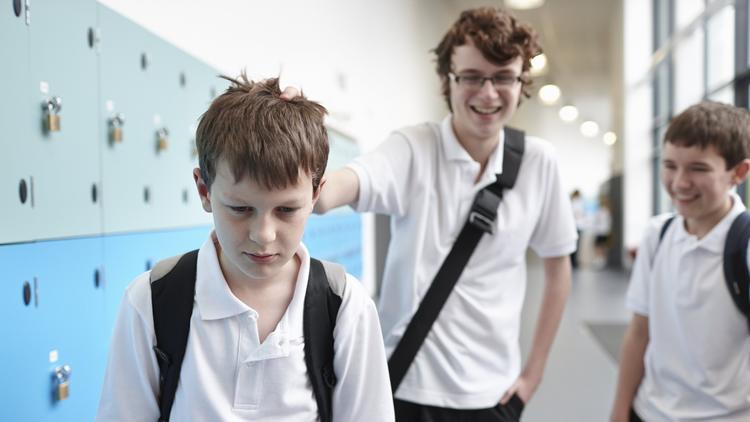 In my work as a teacher I’ve noticed in recent years that parents frequently default to the term “bullying” to describe a lot of undesirable interactions their children have with peers. Bullying is tragically real, with devastating consequences in both the short- and long-term. But bullying also has very specific meaning.

Although definitions vary, they generally include some common themes. Stopbullying.gov defines bullying as “unwanted, aggressive behavior among school-aged children.” According to the site, it must include an imbalance of power (whether it’s strength, popularity, or access to information), and is a behavior that happens repeatedly or could be repeated. “Bullying includes actions such as making threats, spreading rumors, attacking someone physically or verbally and excluding someone from a group on purpose,” the site says.

When bullying happens, it’s crucial to address it immediately and effectively. It almost always requires adult intervention from parents, school officials, counselors or even law enforcement. But a recent experience with one of my children reminded me that not all undesirable or unkind behavior is bullying. One of my children was being subjected to sarcastic and cutting remarks from a co-worker. It was rude and discouraging and made my child feel self-conscious and isolated.

I’m an experienced teacher and parent of five children. I’m closer to 50 than 40. You’d think I’d be fairly grounded by now. But when my child told me about this, I was furious and reacted with a potent mixture of anger and judgment. I suspect most parents have felt something similar. In this state of heightened parental emotion, it’s easy to define the offensive behavior as bullying, particularly because it provides a narrative structure with a clear-cut villain and victim. But it’s important for parents to resist, or at least question, our use of the term.

After I calmed down a bit I realized that this incident didn’t rise to the level of bullying. None of the criteria above was really present, particularly the power imbalance. Someone can be insensitive, thoughtless, immature, mean and even aggressive without it being bullying. And it’s important to make sure children understand that. Here’s why: For the rest of their lives, our children’s happiness at home and success at work will be determined by how well they can navigate relationships and resolve difficult issues. If we write every unpleasant encounter off as bullying, we don’t prepare them well. At a minimum, we are modeling misdiagnosis.

“When we fail to distinguish between bullying and ordinary meanness, we trivialize the very serious cases of peer abuse,” Eileen Kennedy-Moore, an author and clinical psychologist based in Princeton, New Jersey, wrote in an article in Psychology Today. “Also, calling every act of meanness bullying sends an unhealthy message: It says to kids, ‘You’re fragile. You can’t handle it if anyone is even slightly unkind to you.’ ”

Over the years I’ve seen parents unwittingly cultivate fragility by misusing the term bullying. I knew a student who had her own circle of friends but wanted to join a more popular group. The girls in the desired group were close-knit, with families that had been friends for decades. They weren’t mean to this girl. In fact they were polite, even friendly. If she sat by them at lunch, they would engage and include her. They talked with her at school. If she invited one of them to a movie, they would go and have fun. But they didn’t include her in their inner circle. Every time they did something on the evenings or weekends without inviting her, the girl’s parent accused them of bullying.

Another girl was enthusiastic about a particular subject and after being particularly animated during a class discussion, a classmate laughed at her for being so passionate about the subject. Again, the girl’s parent labeled the behavior bullying.

Neither of these situations was ideal or good, but they didn’t meet the criteria for bullying. The parents took their child’s authentic pain, but exaggerated the intentions and behaviors of the other children while minimizing their own child’s actions and choices. The kids started to see themselves as victims, powerless to change the situation.

As those children grew older, they demonstrated less resilience, sometimes publicly. The kids got more easily and deeply upset about perceived offenses, including situations that were unpleasant, but weren’t really bullying. Beyond stunting their emotional maturity, their heightened reactions had negative social consequences, as peers responded by disengaging from them.

Kennedy-Moore also notes in her article that we risk trivializing bullying when we use the term incorrectly or reduce what it means. This has a related, but less obvious consequence: If someone reports bullying to school officials, and it turns out not to be bullying, that person’s credibility is greatly diminished. Adults – and peers – will be less likely to take their complaints seriously in the future.

Also, accusing a child of being a bully can have severe social, emotional and academic repercussions as accusations can quickly coalesce into a label that is hard to escape. Being labeled a bully often means being ostracized and isolated, with no obvious way to repair or reclaim a reputation. This is particularly damaging if the label is applied unfairly or inaccurately. Ironically, bullying involves causing harm to someone who struggles to defend him or herself. So an adult accusing a child of being a bully can be a form of bullying.

How do we respond when a child encounters unkindness that isn’t bullying? While the answers are as varied as the situations and the children involved, I’ve found some success with a simple question: “What are your choices?” And, as a follow-up, “What are the likely outcomes of those choices?”

Inevitably, the child wants to talk about the other person’s behavior. I try to listen and show empathy. Then I redirect by asking, “Yes, but what are your choices?” This can be empowering for the child. In my experience, acting with intention and agency brings hope and empowerment.

Sometimes a child can’t come up with a good answer because they are too upset, or because they lack experience, or because something is counterintuitive. In the incident I mentioned earlier, my child felt trapped and struggled with how to respond. My wife and I discussed the situation, talked to our child and suggested possible options for addressing it. One of the suggestions helped fix the problem. Even more important, my child learned how to work through a challenge, something that would not have happened had we simply contacted the employer and accused the co-worker of bullying.

Learning to honestly evaluate complex situations, look at the dynamics of relationships and respond in a thoughtful way requires and develops discernment, honesty and self-awareness. We can help our children build those skills when we model them ourselves. That’s what I had to remind myself recently.

Bell is a teacher, writer and director from Nashville, Tennessee. The author of seven novels, he blogs and writes a newsletter with reflections about parenting adolescents.

Bullied boy in Memphis gets help from classmates