After another departure from the public eye for a summer break with her family, Melania Trump is back promoting one of her major platform issues as first lady — bullying prevention. In remarks a the Federal Partners on Bullying Prevention summit in Rockville, Maryland Monday, Trump warned the group of federal agencies, social media companies and other summit participants of the “destructive and harmful” impacts of social media when used incorrectly.

“Most children are more aware of the pitfalls and benefits of social media than adults,” said the first lady, saying that adults should be more willing to talk openly with children in order to “help them navigate this often difficult topic.”

“Our children deserve all the opportunity to give them to grow up happy, healthy, socially responsible adults,” she added. She urged that everything be done to provide kids “with information and tools for successful and safe online habits.”

The event follows the May unveiling of the first lady’s “Be Best” initiative, a campaign to help bring awareness to the most important issues facing the nation’s children, including overall well-being, social media and opioid abuse.

“In today’s global society, social media is integral part of our children’s daily lives,” the first lady said. “‘Be Best’ chooses to focus on the importance of teaching our next generation how to conduct themselves safely and in a positive manner in an online setting,” she added.

She said that America’s “next generation has unlimited potential to impact our world in positive ways.”

The first lady, who’s own husband has notably used social media to attack his most ardent opponents, has said that social media plays a critical role in children’s lives. She has acknowledged both the positive and negative impacts of social media.

“When children learn positive online behaviors early on, social media can be used in productive ways and can affect positive change,” she said in her remarks at the White House in May. Her focus on social media extends from her previous work during the 2016 campaign when she championed combatting cyberbullying as one of her first platforms as first lady.

Spokesperson for the first lady Stephanie Grisham said in a statement to pool reporters on Monday that the first lady is “well aware of the criticism” of her speaking on the topic of cyberbullying while the president continues to use twitter to name call those that disagree with him and his policies.

Grisham added, “But that will not deter her from doing what she feels is right. I would hope most people in this country are proud that they have a strong and independent First Lady who only has the best interests of children at heart — I know I am.”

Health and Human Services Secretary Alex Azar commended the first lady as a “leader” in the campaign against cyberbullying on Monday, saying her initiative has helped raise awareness on the important issue. 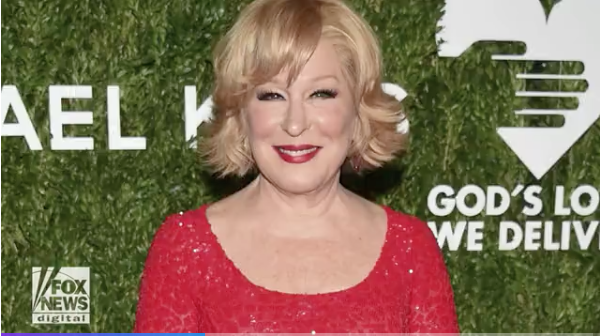 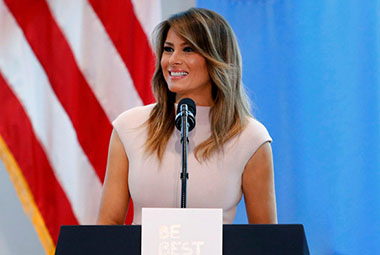