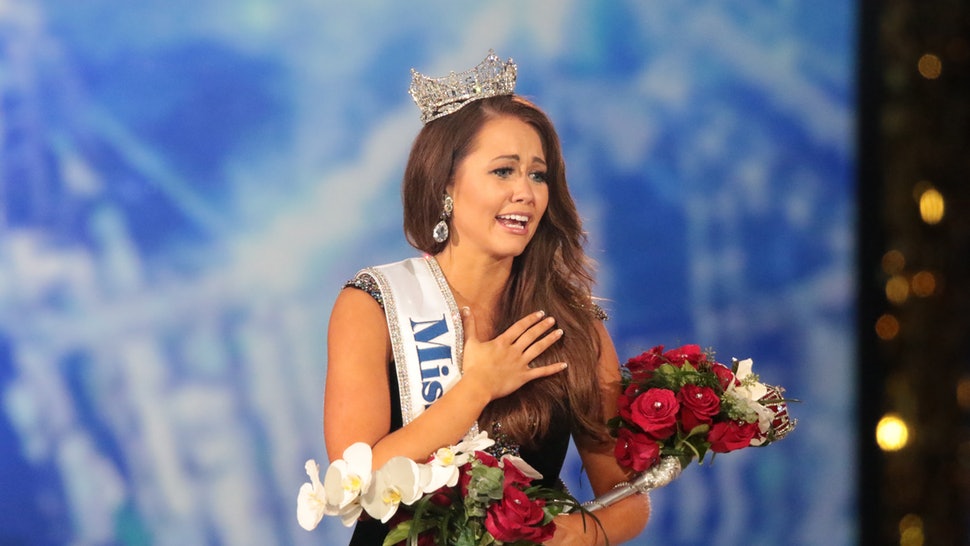 Miss America seems to be imploding right in front of our eyes.

The group of former winners includes Caress Cameron-Jackson (2010) and Suzette Charles (1984), who say the organization lacks transparency under Carlson’s leadership.

“I feel as though all of the leadership is complicit in this, and in order for us to move forward and to actually heal, we need to do the right thing right now, so that we can move forward and focus on who’s gonna be crowned Miss America on September 9,” Cameron-Jackson said Monday on ABC’s “Good Morning America.”

”Our chair and CEO have systematically silenced me, reduced me, marginalized me, and essentially erased me in my role as Miss America in subtle and not-so-subtle ways on a daily basis.

Carlson, a former Miss America winner herself, became chair of the organization last year after emails were uncovered revealing misogynistic comments among its leadership.

Former winners voted to bring Carlson into the fold but the group is “very much disappointed that as a sister she sort of forgot where she came from,” Charles told “Inside Edition” on Monday.

“Gretchen has been bullying for a long time,” Charles added in an interview with Megyn Kelly on the “Today” show. “This person has taken no responsibility for the way she’s treated our current Miss America.”

Both women said they’re speaking up for Mund because the organization is currently not allowing her to take interviews.

The backlash comes after Mund published a five-page letter last week accusing Carlson of silencing and bullying her during her year as Miss America.

“Our chair and CEO have systematically silenced me, reduced me, marginalized me, and essentially erased me in my role as Miss America in subtle and not-so-subtle ways on a daily basis,” she wrote. “After a while, the patterns have clearly emerged, and the sheer accumulation of the disrespect, passive-aggressive behavior, belittlement, and outright exclusion has taken a serious toll.”

Mund accused Carlson and the board of giving her strict talking points that included telling press that Carlson attended Stanford University and that the former Fox News anchor started the Me Too movement (which was, in fact, created by activist Tarana Burke).

“Right away, the new leadership delivered an important message: There will be only one Miss America at a time, and she isn’t me,” Mund wrote. “They told me that I’m not important enough to do big interviews, and that the major press is ‘obviously’ reserved for Gretchen.”

Carlson denied Mund’s accusations, writing Sunday in a statement that she was “surprised and saddened beyond words” by Mund’s letter.

“Cara, let me be clear: We, as an organization, are very proud of you and all you have accomplished. You are smart, caring and ambitious. … You embody the mission of Miss America,” Carlson wrote.

“I also want to be clear that I have never bullied or silenced you,” she added. “In fact, I have acknowledged to you and your parents many times that the organization understands the frustrations of serving during such a change-filled and stressful year. It surely was not what you had expected. We’ve acknowledged your grievances, and taken many steps to try to make your experience a good one.”