COMPEL IN THE NEWS

Inside and outside of school systems, one this is clear: America has an issue with bullying. Luckily, Compel America is working to put an end to this.

(Newswire.net October 8, 2018)
According to studies, at least one in five students in the United States report being victims of bullying. For many, getting bullied is an almost daily occurrence that makes attending school an excruciating ordeal.

The problem hasn’t gotten any easier with increased accessibility to smartphones and social media. While in the past, bullying primarily took place in hallways or cafeterias, our ever-connected world has allowed harmful messages to follow kids home from school.

Perhaps even more disconcerting in these situations is the fact that the majority of cyberbullies remain anonymous — their victims don’t know who is harassing them.

Bullying isn’t limited to school-aged children, either. Studies have found that approximately 29 percent of workers have experienced bullying while on the job, with women being the most frequent targets.

At any stage of life, bullying can have severe consequences, including depression, poor performance at school or work, and even an increased risk of suicidal thoughts. As such, any action that can be taken to halt this epidemic is worth mentioning — and Compel America seeks to lead the charge.

“It’s important that targets of bullying understand that they’re not alone and receive the resources they need to seek appropriate help,” says Mike Kogan, ambassador relationship manager with Compel America.

“But that doesn’t always address the root of the problem. Bullies themselves are often trapped in a vicious cycle where they don’t fully recognize their toxic behavior. And that needs to change, too.”

This mindset is a guiding principle for Compel America.

Though the organization puts significant emphasis on helping those targeted by bullying, it also aims to help bullies learn to recognize how their behavior harms others and motivate positive change.

“Giving support to those who have been targeted by bullies at school or work can help offset the negative impact of bullying,” explains Kogan, “but our ultimate goal is to reduce how often such problems occur in the first place. We’ll only get those results if we put just as much effort into helping bullies as we do in helping their targets.”

Notably, many bullies are actually victims of bullying, themselves…

In fact, research has found that “youngsters who are bullied are almost twice as likely to go on to bully others.” By focusing on both sides of the bullying problem, Compel America aims to provide a more effective solution in eradicating this cycle.

To accomplish these goals, Compel America seeks to provide access to and spread awareness of a wide swath of resources that bullies and their victims might not discover on their own.

“So many targets of bulling feel isolated, like they don’t have anyone to turn to,” Kogan notes.

“Yet there’s so much out there that can help them take immediate action to improve their situation. We want to make sure that everyone knows what resources are available to help them out.”

To accomplish this, Compel America’s website features a series of in-depth articles on different types of bullying. These articles dive into the reasons why someone might engage in toxic or abusive behavior, as well as how targets and their loved ones can recognize when they are being bullied.

More importantly, these articles offer actionable steps parents can take, regardless of whether their child is the bully or the victim. Taking appropriate action (such as limiting access to technology in the home) can go a long way in limiting the reach of bullying behavior.

Though technology often has a bad reputation in connection to bullying, Kogan is quick to note that it can also be a positive:

“There are actually apps that both kids and parents can use to protect themselves from bullying. We have links to apps that allow kids to immediately report bullying to their school from their smartphone, as well as apps that block sexting and explicit images from a child’s device. With these tools, the smartphone can become an asset, rather than part of the problem.”

Finally, the organization engages in local community events to further educate parents, educators and students about bullying. “It’s one thing to read about how you can deal with bullying. But it’s so much more powerful to hear someone speak about these issues and explain that there is a solution,” Kogan says.

“I think at the end of the day, what really makes the biggest difference is helping others realize that they’re not alone. The more ways we can reach and help them, the better we’ll accomplish that goal.”

For Compel America, the Future Is Bright

Despite its pervasiveness in today’s society, it seems that the issues surrounding bullying are often swept aside in favor of other, “more important” stories. Yet few things can make a bigger difference for the long-term mental and emotional health of everyone who has been affected by these hurtful actions.

By helping spread the word and provide resources for victims and bullies alike, Compel America is poised to make a positive impact and give this issue the attention it deserves. 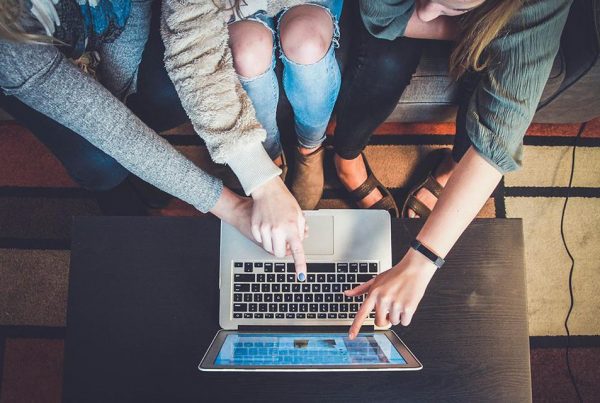 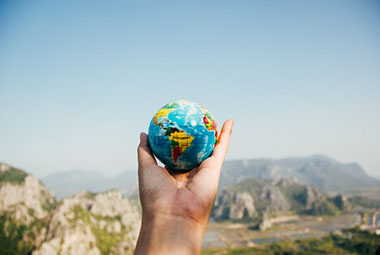 5 Ways to Discover Business Ideas That Can Change the World