Ariel Winter on dealing with cyber bullying: ‘The only person that you need to take into account is yourself’ 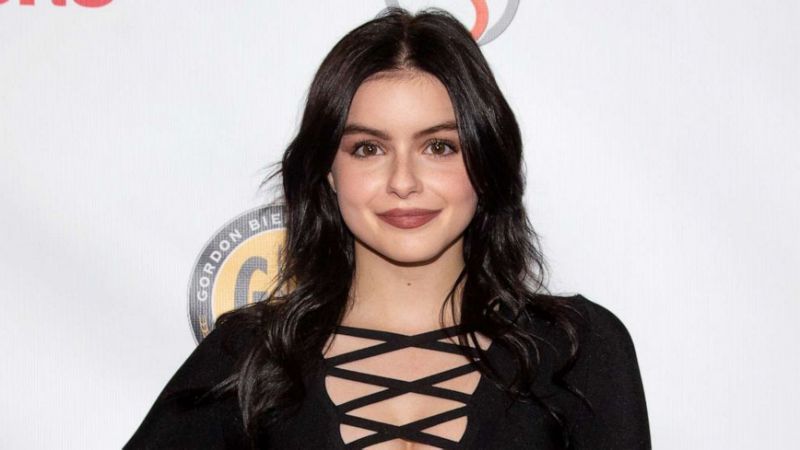 Ariel Winter shot to stardom at just 11 years old when she landed the role of Alex Dunphy on ABC’s “Modern Family.”

As she’s grown older in the industry, the actress has used her platform to speak out on everything from body shaming and cyber bullying to mental health advocacy.

She says that growing up in the public eye really shaped her perspective on many of these subjects.

“I’m incredibly grateful that I have this platform, I really am,” she said. “But it was also hard at first, when I wasn’t really speaking out about things I believed in, when I was kind of just starting in the public eye, and I was really young, probably 11 or 12 that I started gaining recognition in that way, and having people start commenting on everything about me.”

“I was a developed younger person … They would see me, and even though I was a child, they’d talk about me and my body like I was an adult — or, you know, shame me for this or shame me for that – and it was really difficult,” she continued.

She said that she struggled with how to respond to this attention.

Winter has spoken out many times in past years against internet trolls. In 2017 she posted a pointed response to critics who made rude comments about her outfit in a photo she shared.

“Please leave young women alone,” her note read. “We’re just living our lives. It’s really troubling that we even have to deal with this kind of stuff nowadays.”

In May 2019, she responded to a commenter on her post who speculated about the star having multiple plastic surgery procedures.

“I wasn’t going to reply but I HAVE to ask…what the f— is cheek bone and chin shaving????” she replied. “You’re also wrong about all of it by the way. One breast reductions and I lost weight but you do you boo.”

She’s clearly not afraid to stand up to those trolling her online. But something she’s realized from these critics? Her own opinion is the only one that matters.

She added that she’s proud of the impact her transparency on social media has had on young women. “I get a lot of messages from people, especially girls, telling me that it’s nice that they see somebody talking about, you know, weight in a positive way,” she said. “And talking about how you don’t have to fit in one small box, and that’s something that I believe.” Along with using her platform to promote health and an active lifestyle, she also wants to raise awareness on mental health advocacy. “For me that’s a big thing,” she said. “People get really scared by the term ‘mental illness’ and I get it — nobody wants to think that something is an illness — for me I like to use ‘mental health’ instead of ‘mental illness.’”

The cause is extremely personal to her. “I’ve suffered from depression and anxiety in life, and I know so many people that also suffer from that, or suffer from similar things, but never talk about it,” she explained.

“They always talk about it in the way of like ‘my friend feels this way’ or talk about anybody but themselves in that way, and it’s something that’s like — it’s real, that’s just who we are, that’s what it is,” she added.

She hopes to eradicate stigmas attached to mental health by using her voice to tell others that it’s OK to not be OK.

“We see everything on Instagram and in the papers, and everything looks so amazing. It looks so fantastic — everyone looks great, everyone’s doing cool things — but in reality everyone’s life is just life,” she added.